Massive Action is Wrong; Do This One Thing Instead

Massive Action is Wrong; Do This One Thing Instead 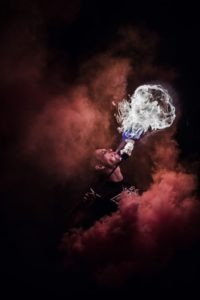 I was sitting in the convention center listening to a former college football player teach sales. It was 2012 and we had this sales conference 3 times a year. You hang out with your peers, drink too much, and learn sales from some of the best in the game.

Working through my hangover I was looking forward to a nap at lunch. But as he spoke I could feel myself being pulled into his speech.

This guy was a large man, bald head, and his shirt was damn near busting at the seams. He spoke like a coach addressing a team and us being the team we were pretty much fuck ups.

This dude was on fire. He was walking us through his journey, and he brought his college football work ethic into his business.

His work schedule was as intense as his workouts and he held his employees to the same if not higher standards.

This guy was a beast. I was in. His words had lit me up so much I just knew this was exactly what I needed to hear to take my sales to the next level.

As he spoke he talked about discipline and how taking massive action was the key to his success. Outworking everyone and doing more than the next guy.

He passionately spoke to the crowd but I felt like he was only talking to me. I could see my lack of big action was killing my business and something was going to have to change.

I pulled out my notepad and started writing down notes that I told myself I would immediately employ in my business.

I wrote down the number of cold calls, the number of reach-outs, the speaking engagements I would get, the amount of business this would result in and I was ready to go to battle.

When this guy got done speaking it took a minute or two for the crowd to recover before they burst out of their seats and broke into cheers.

Obviously, he had been talking to them too.

As we flew home on Sunday I was mapping out my gameplan. The strategy and I was going to use, how often, and how I was going to keep myself at that level.

It was game time.

That next morning still on fire I got to work. I was dialing, doing reach outs, and going nonstop.

Now at this point in my life its only fair to tell you I was a new sales guy selling sales training that worked on straight commission. If I wanted to pay my bills and eat then I had to sell.

It was a bitch of a job and I loved it. Working along some of the top sales Badasses In the world and holding my own and outpacing a lot.

This wasn’t a job you could fuck around with. You either got after it or you starved.

3 times of the year at these conferences you would be put on stage and all your peers could see if you held your own or if you were a fucking slacker.

It was intense and it worked for me.

So as I started working on this massive action plan I could already start to see the results. I was setting sales calls and making things happen.

I was literally working at a level I had never done before. I was setting a fast pace that I knew was the sure-fire way to win and make money. 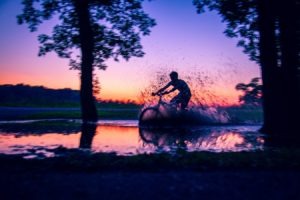 I was getting up earlier than usual and because networking played a huge role in my business development strategy I was getting home late almost every weeknight.

I really felt like the minute I put the blankets over to fall asleep I was getting right back up to do the next day.

Oh, and I was married. I am still married to the same badass beautiful woman.

So now I am trying to manage this intense schedule, balance home life, and train salespeople how to grow their book of business.

All while running 6 networking groups, sitting on 2 boards, maintaining membership to a private club and I was running a nonprofit.

It was crazy but massive action was the answer.

I thought to myself. Fuck this is only 3 weeks how he hell do I keep this up.

Mentally exhausted and worn the fuck out.

I kept up this level of activity for the next 5 or 6 years. Constantly driven to take more massive action and try and outwork anybody.

The problem was it was massive action with little results. I was doing all the things. Making the calls, doing the reach outs, networking, speaking, and meeting with people.

I was known in town as the guy you needed to talk to if sales were a problem. Everything was what I was told to do to go massive and I was doing it.

I was one of the top sales trainers in the country possibly the world and I was burning out quickly.

Small actions that are done over time. All the craziness of the networking boards, reach outs and everything else left me burnout and exhausted.

Here is the thing when you are consistent in business development then you will win. It’s not about doing a ton of crazy shit in hopes that you will be an overnight success.

it’s about picking a tactic and sticking with it.

For me its virtual coffees. If I can have 5 to 10 virtual meetings a week my business grows.

What one thing can you do in your business to win? 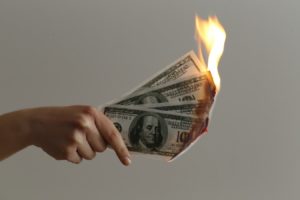 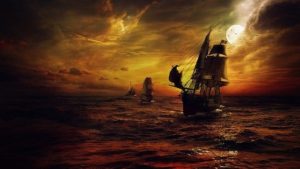